For a great profile on the Ward’s wildlife have a look at the document put together by the Local Nature Partnership Cymru below: 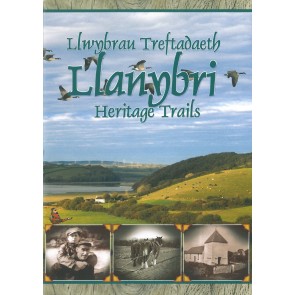 REMEMBER TO DOWNLOAD THE HERITAGE TRAILS APP TO FOLLOW THE TRAILS AND LISTEN TO DYLAN THOMAS RECITING AND LOCALS REMINISCING & SINGING:

Search for ‘Llanybri Heritage Trails’ on Google Play (Android) or the AppStore (iOS).

HOW THE PROJECT HELPS TO CONSERVE LOCAL HERITAGE & CULTURE:

A LLANYBRI SETTLER IN PATAGONIA 1875 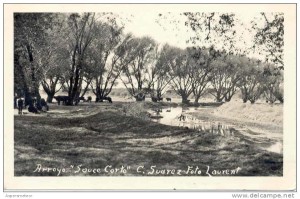 Esau Evans was born on 13 July 1848, one of ten children born to Esau Evans and Rachel Lloyd, Hooks, Llanybri. His father was a blacksmith from the parish of Llanboidy and his mother hailed from Llanglydwen. The 1861 census finds 12-year-old Esau as a farm servant at Moche, Llansteffan, but by the time of the 1871 census, he was a 22-year-old collier living with his brother David and family in Hirwaun, Glamorgan. He was a member and also the organist of Nebo Chapel in Hirwaun, and it was during his stay in Hirwaun that he met his future wife Joan Rees .

In 1875 Esau and Joan emigrated to Patagonia and after a few years they moved to Curumalam, Sauce Corto, Buenos Aires and then to the Andes where Esau is said to have prospected for gold. Esau David, the son of Esau and Joan Evans, was christened on 6 July 1885, and Christmas, another son who was born on 25 December 1887, was christened on 14 August 1887, both in Sauce Corto.

Esau Evans experienced a religious calling and returned to Wales to train for the Ministry. Having been ordained at Heol Gerrig Chapel, Merthyr Tydfil, he returned to Patagonia in 1893. He was leader of community and choral singing in Gaiman for many years, a deacon and Secretary of Bethel Chapel, minister in Trevelin and Esquel, and a missionary for the Bible Society. The Bible Society in Buenos Aires sent Esau Evans a consignment of bibles in Spanish for him to distribute among those who had some knowledge of the language. He promptly set out across the pampas and reached the area where Sarmiento was later established, and later went north, to Telsin, where he is said to have spent some weeks going from one toldo to the other, conversing with the Natives, sometimes in Spanish and at other times in their own language. His health suffered from so much effort and Esau was forced to go to the British Hospital in Buenos Aires. Upon his return to the Andes he informed the members of his two churches there that he no longer felt able to serve them as he would have wished, and he was, therefore, returning to Gaiman.